Sponsored by the Klaus-Grawe-Foundation at the 11th Meeting of the European Narcolepsy Network (EU-NN) on September 5 2020 virtually held in Berlin.

The EU-NN aims to facilitate clinical and scientific progress in the field of narcolepsy and other hypersomnias of central origin.

The award went to Dr. Ling Shan from the Swaab Lab, Leiden University, The Netherlands. 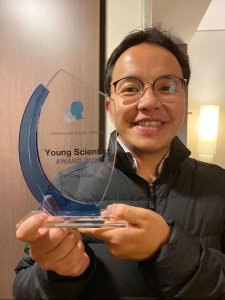 The award recognizes Ling Shan’s research on the effects of opiate use on narcolepsy.

His research project is a part of successful long term collaboration between Prof. Hanna Swaab from the Netherlands Institute for Neuroscience and Prof. Gert Jan Lammers and Dr. Rolf Fronczek from the Leiden University Medical Centre, Department of Neurology, Leiden and Sleep Wake Centre SEIN, Heemstede.